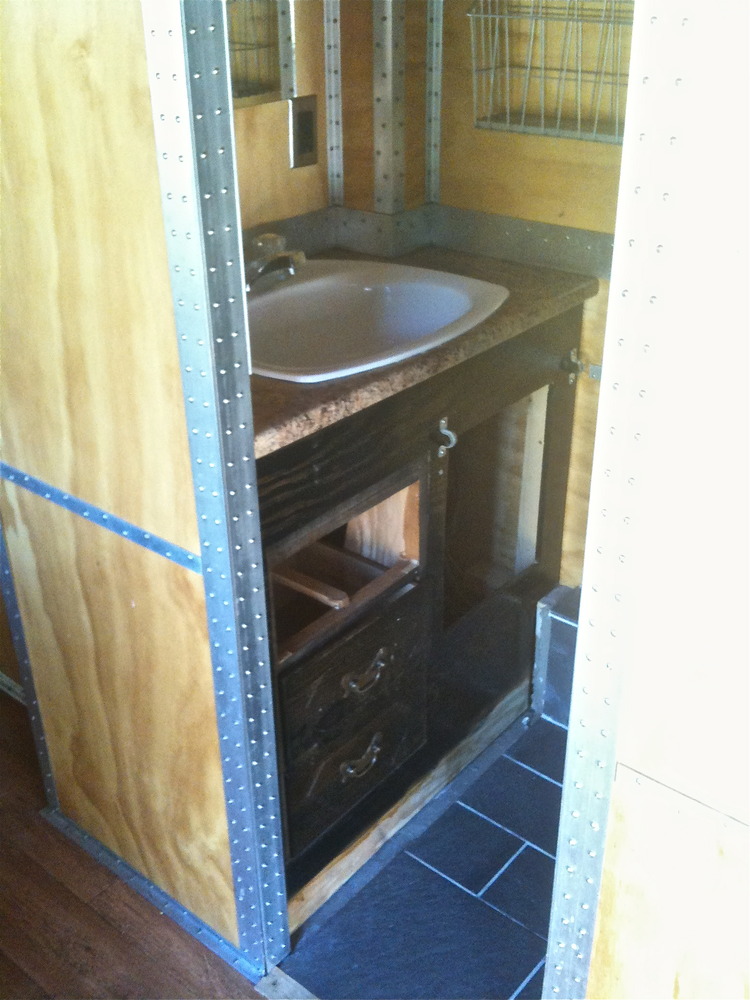 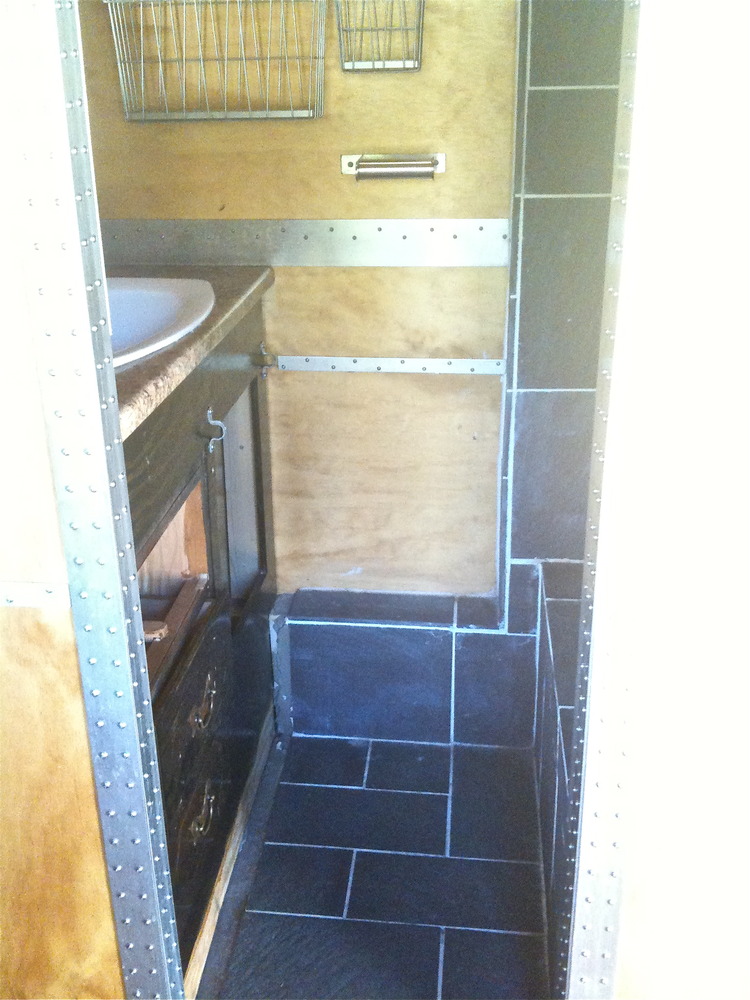 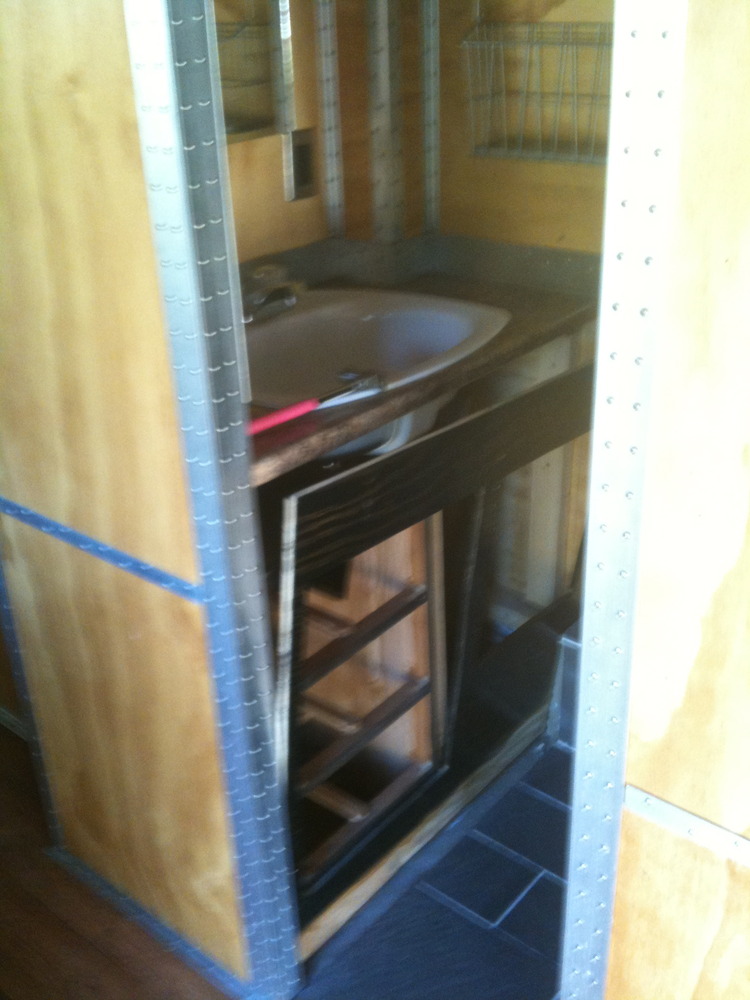 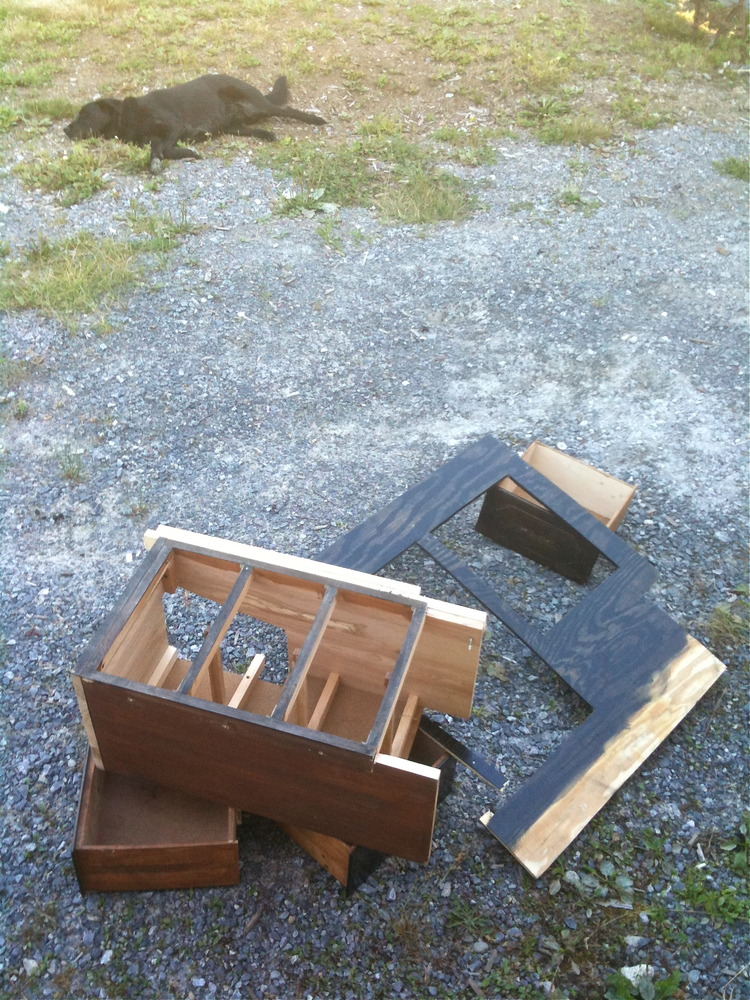 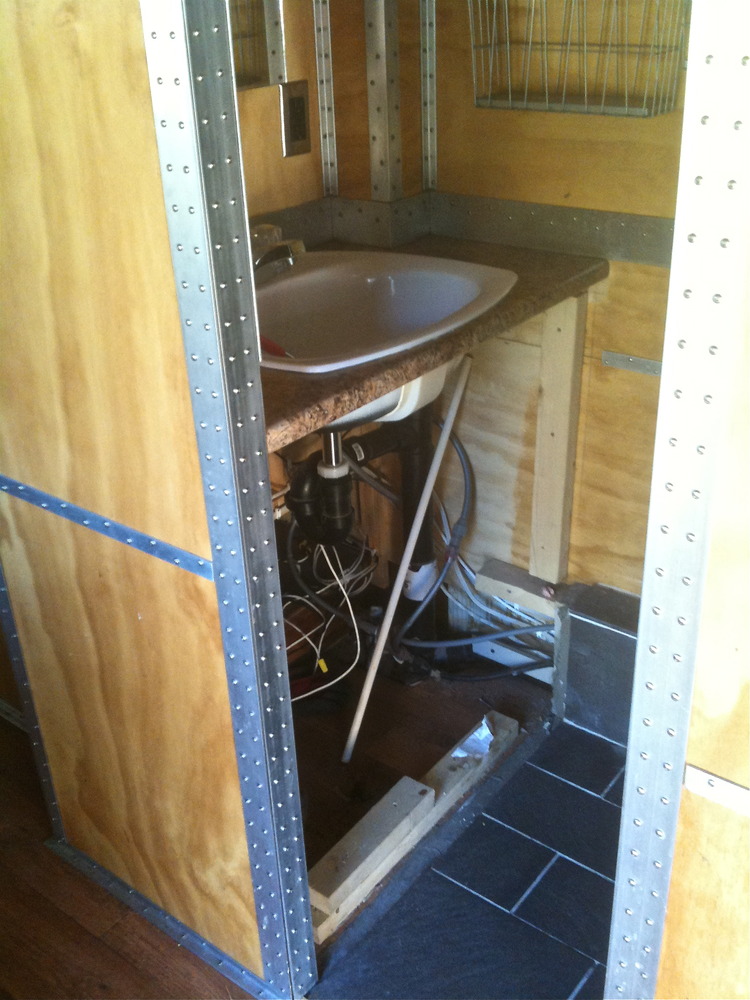 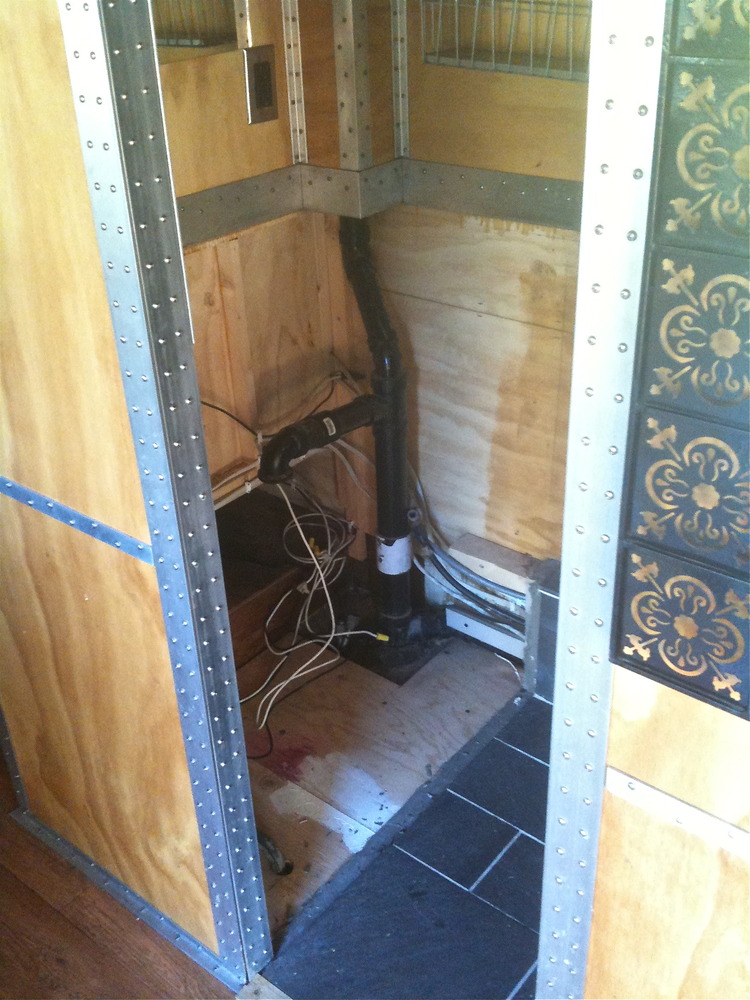 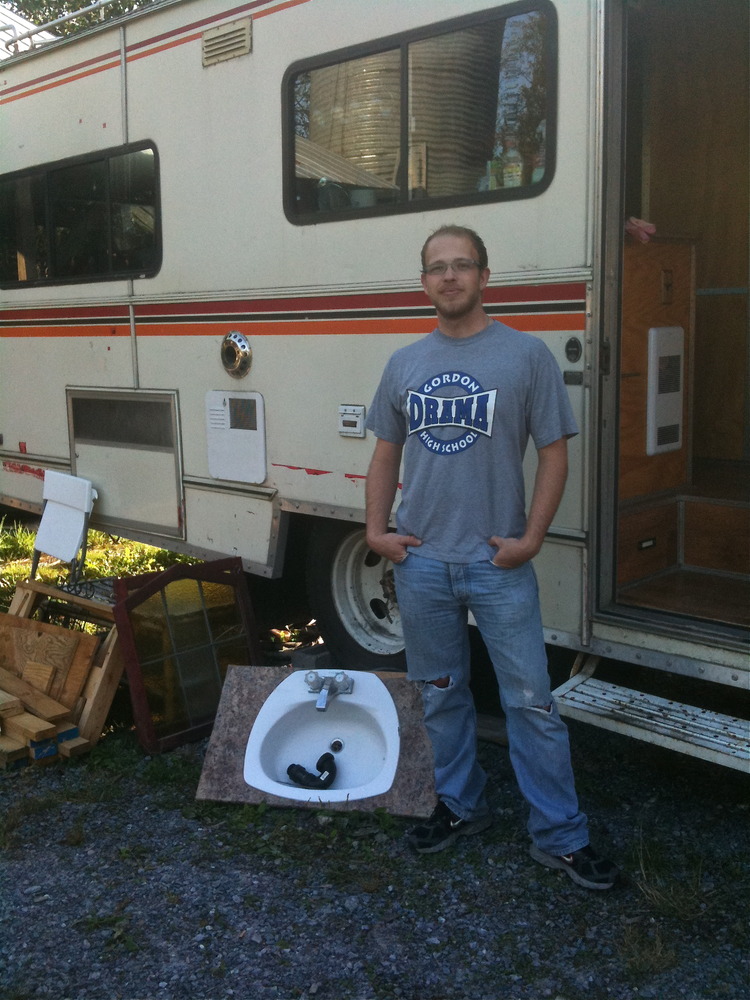 So, the motorhome I bought didn’t come with a toilet.

Yep, you heard me right.  No toilet.

At some point in the past 30 years, the motorhome was renovated, including the bathroom. The original toilet was removed to make room (I’m presuming) for a nice shower (fully tiled in slate – very nice, although still very small) and a full-sized sink and cabinet. I’m sure that was great for the last tenants who clearly (I hope!) must have had access to a toilet somewhere else, but living with a toilet is a pretty standard pre-requisite for me, so putting one in has become one of my priority renovation tasks.

However, the ‘newer’ shower and sink/ cabinet left no room for a toilet (unless I wanted to sit on toilet while using the sink and step over the toilet while getting into the shower – which I don’t), so my parents and I decided the thing that made the most sense was to remove the sink and cabinet and put a new toilet in their place. We’re a little iffy on the plumbing details since we don’t have any experience in plumbing. The access pipe to the black water tank is somewhere under the tiled floor in the bathroom, so we’re probably going to have to rip it up and hope to goodness that we find a clear pipe that we can connect the new toilet to.

Luckily, we haven’t reached that daunting task yet, so in the meantime, I thought I’d get to work on doing something I figured I could manage on my own – removing the sink and cabinet. It was pretty fun to take a hammer to the whole thing and bang away on things until they broke demolition is fun! I managed to get the cabinet out on my own, but the sink, counter and plumbing pipes were a bit tougher so I invited my friend and colleague Jeremy out to help me clear away the heavier stuff.  Thanks Jeremy!

Now that that stuff is out of the way, I’m hoping the next steps of toilet installation will get a bit clearer. Photos of the step-by-step demolition as well as Jeremy standing next to the displaced sink are above.

PS – During the process, I think I discovered the motorhome’s original wallpaper on a bit of exposed wall under the sink!  Kinda fun since I have no idea what the thing looked like in it’s original state.  Photo of that included too.

PPS – Jackson, the farm dog, did not get harmed during the demolition process. He just fell asleep next to the cabinet junk pile waiting for me to finish so I could take him for a walk ;)

1 thought on “ripping out the bathroom sink”