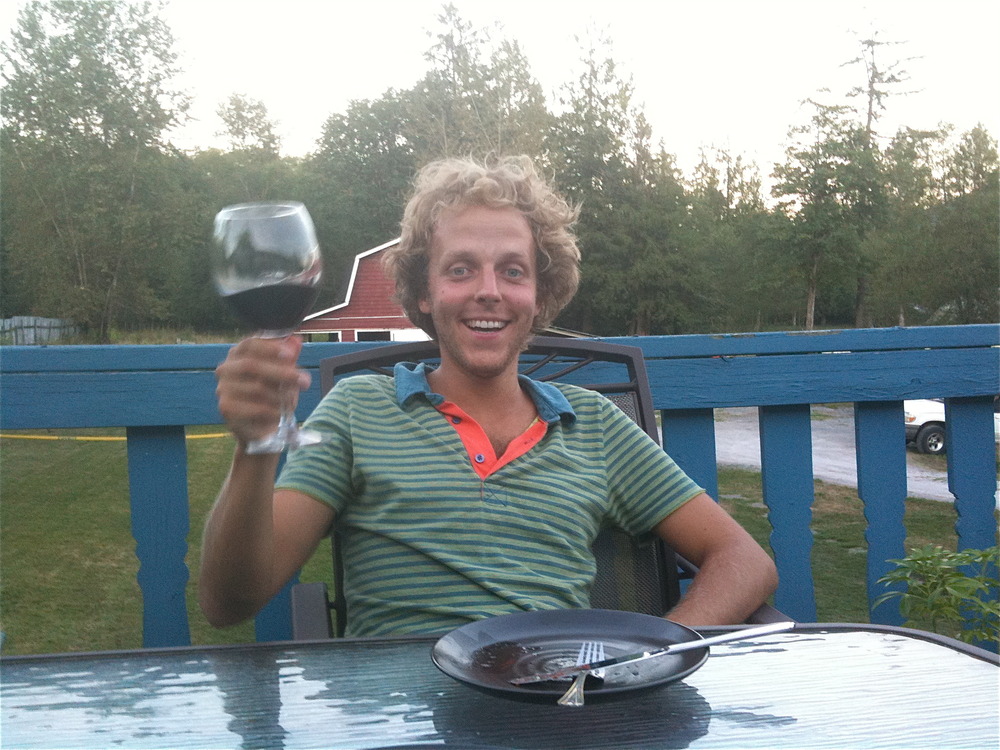 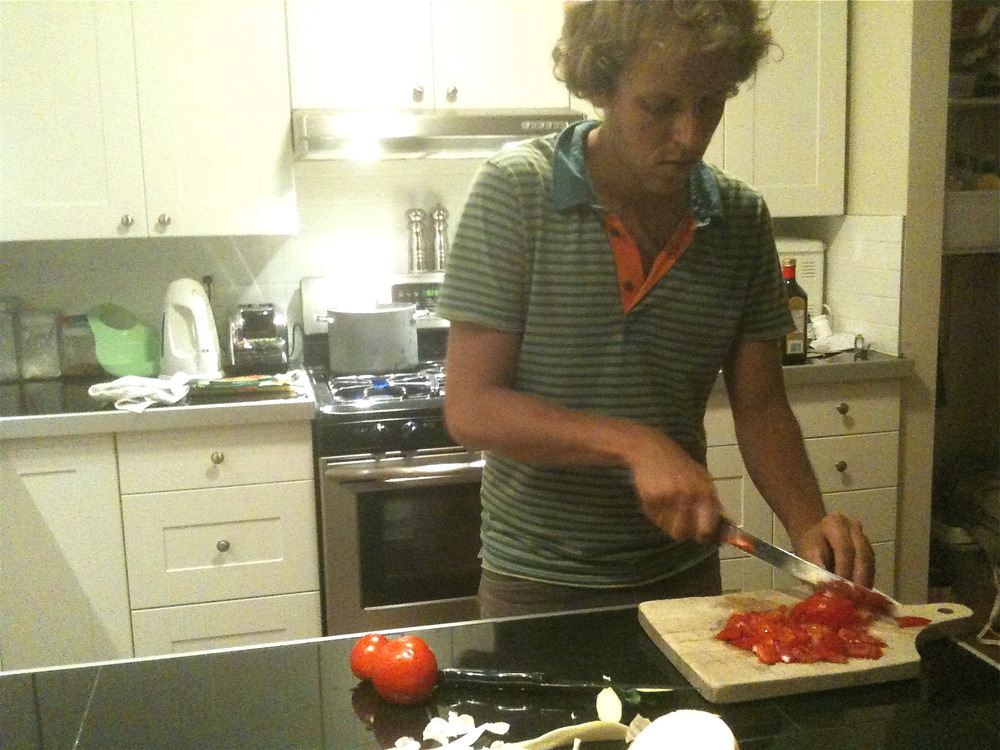 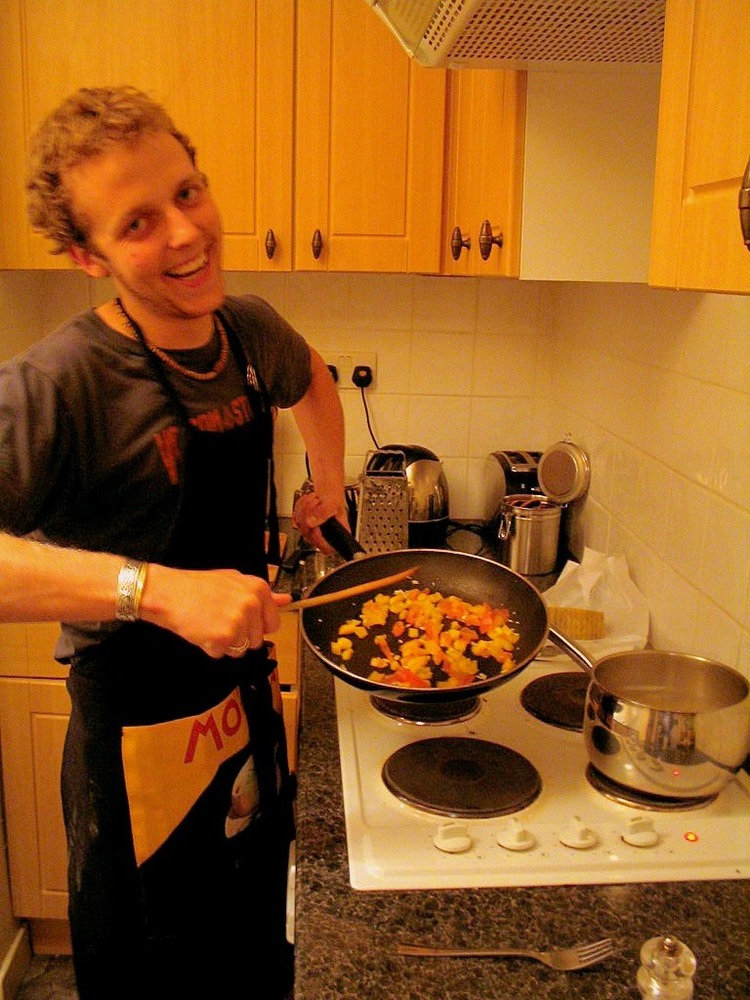 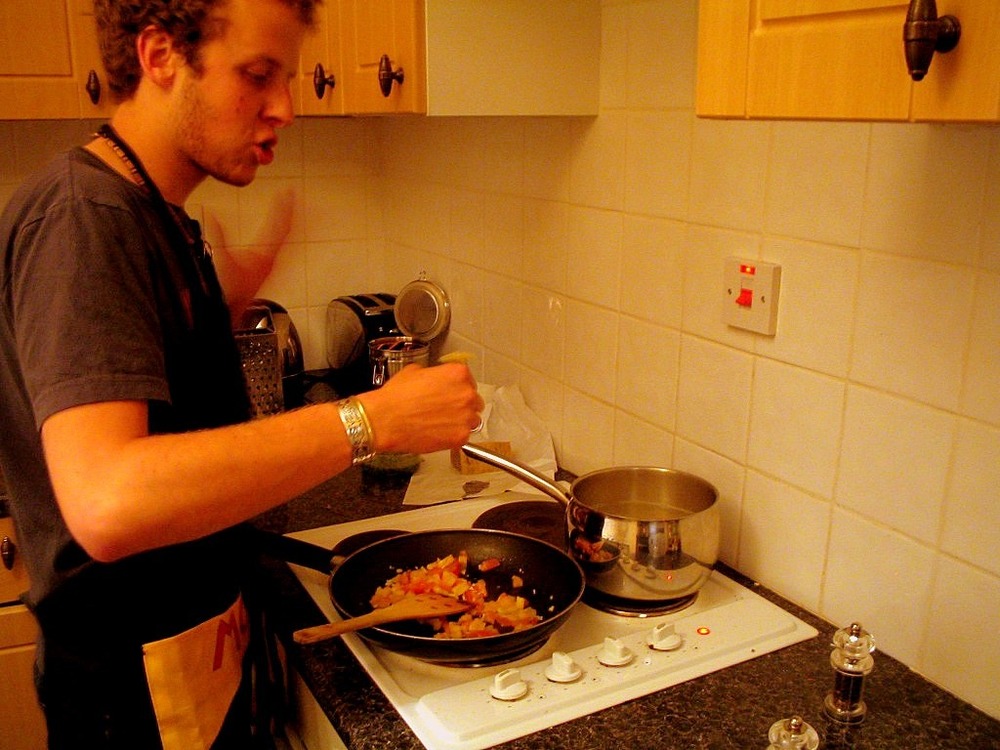 Now that I’ve been out on the farm for a few weeks, I’m starting to get visitors.  Last weekend, I had a VERY special visitor – my dear friend Michael.  Mike and I have been friends since studying Russian language together in 2002.  We were also flatmates together in Glasgow from 2005-2006.  We have a special history of sharing many meals together as friends and roomates, so it was FANTASTIC to have him come out and have a meal with me on the farm, especially since we haven’t seen each other in years (he lives in Europe most of the time, and spends the rest of his time traipsing around the world to exotic locales).

Also exciting is that Mike and his girlfriend recently spent a few weeks living and working on a permaculture farm in Portugal, so they’re both going to come back out to this farm while they’re still in the Canada to give us some tips and pointers that they picked up during their short but intensive farming experience.

Photos of Mike at the farm as well as a few circa 2005/06 in Glasgow thrown in for memory’s sake.

Love you, miss you, come back again soon!