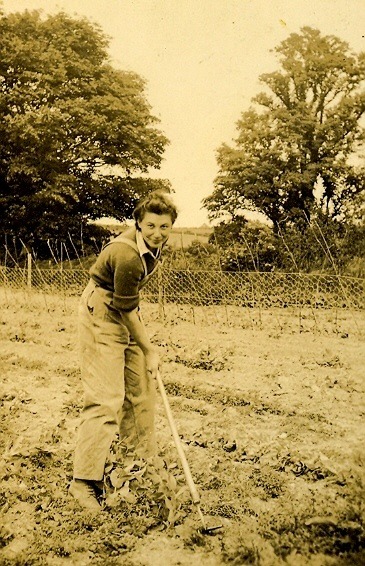 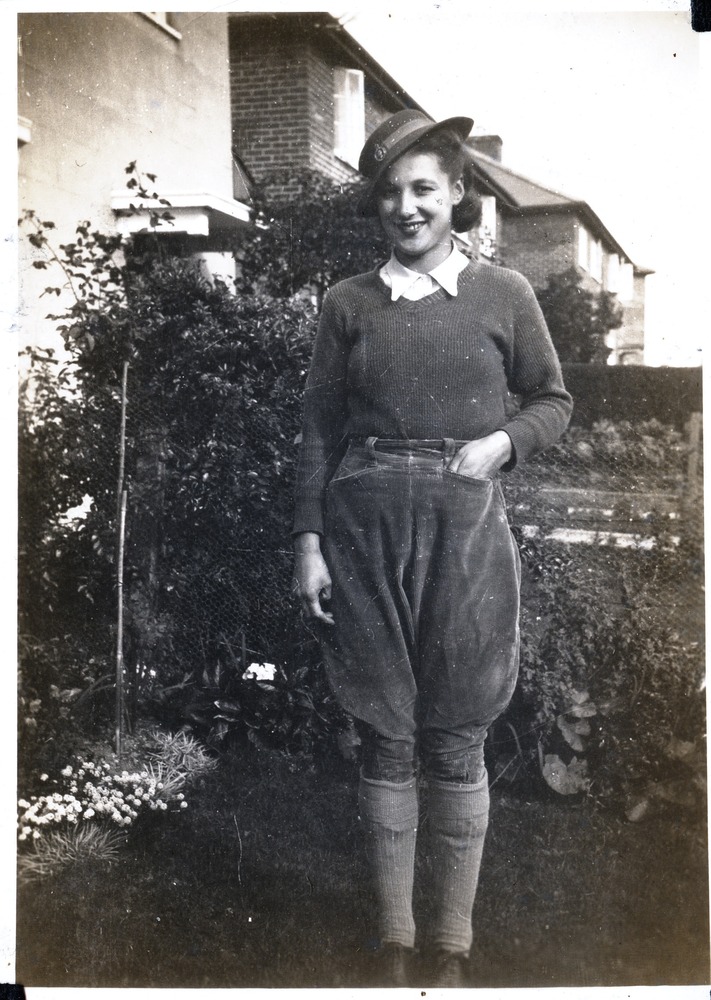 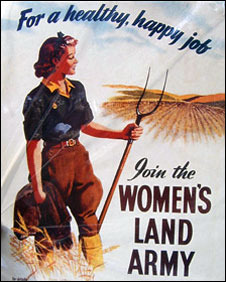 I found out from my dad this weekend that my grandmother, Mary Manton, was in the Women’s Land Army in Britain during WWII. I’d never heard of the Land Army before and now that I know a little bit about it, it feels like a really special thing that that was something my grandmother was involved in – like maybe some of my own interest in agriculture was somehow passed down to me from her. I’d like to think so anyways.

The Women’s Land Army (WLA) was a British civilian organization created for WWI and WWII that placed women in agricultural jobs around the country while the men were away at war. During WWII, women were first called upon to volunteer their time to these agriculture efforts in order to help with food production, but as the war continued, women were conscripted to fill the need for agricultural hands. According to Wikipedia, Britain’s WLA had over 80,000 members and it continued until its official disbandment on October 21, 1950.

My dad scanned and emailed me these fantastic photos of my grandmother taken during her time as a member of the WLA. The black and white shot is an image of her in her WLA uniform. The sepia coloured photograph was taken in 1943 while she was working (in her work clothes) at the Ley Farm.

In his email my dad included some of his own memories, “When I was a little kid my mother would take me to Ley Farm and we would walk back home with eggs and vegetables. I lost contact with the farm owners, the Trenaman’s, when we moved into Plymouth when I was 10 years old. I remember that the farm house had slate floors and cooking was on an open fire in the kitchen. It was a basic stone and wood building. All of the barns were stone with slate roofs”.

I can’t really express how cool it is to know this. It makes me really happy.

1 thought on “My Grandmother & the Women’s Land Army”