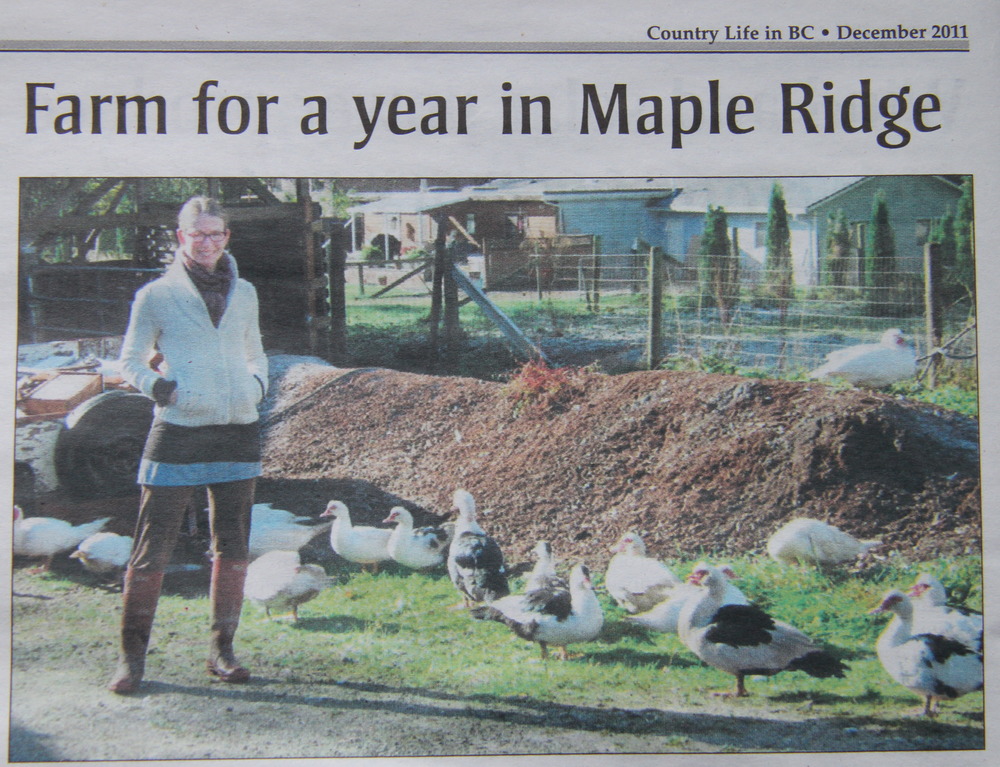 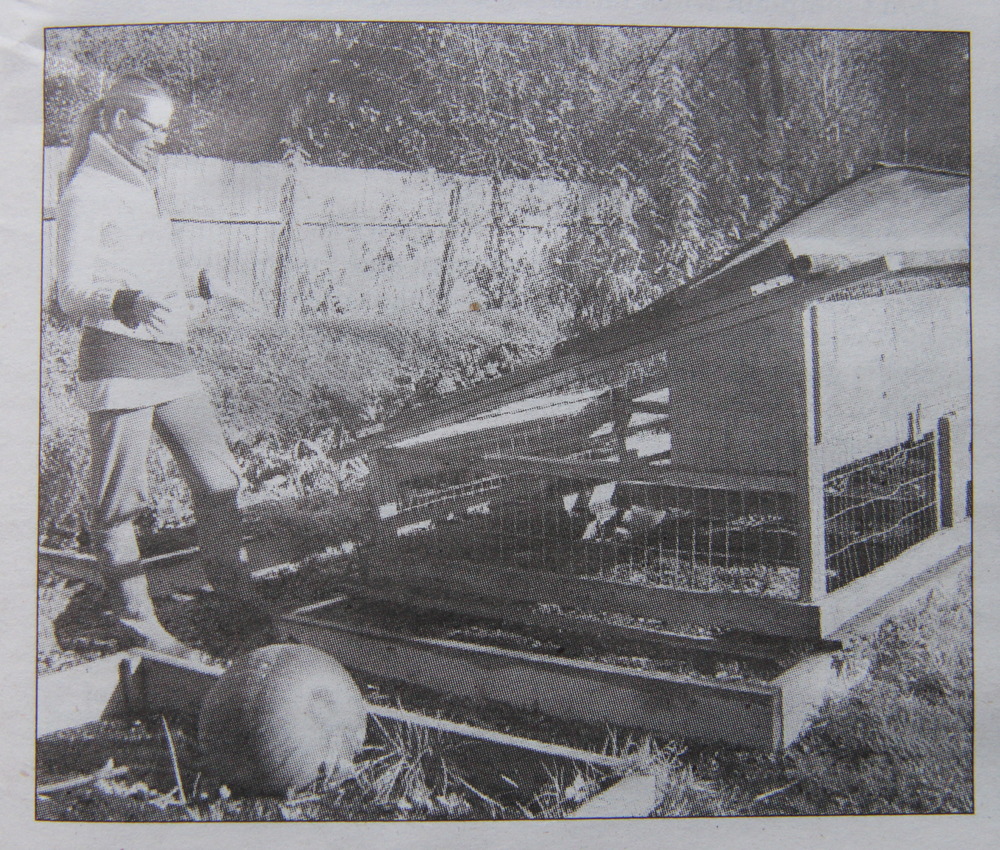 In November I was interviewed by Ronda Payne for an article in Country Life in BC, an agricultural newspaper here in BC. Their website hasn’t been updated with the December issue yet, but Ronda put a paper copy in the mail for me and I received it today. Photos above and article below. Thanks Ronda!

The idea was to farm the land for a year. Just a year – to try it out and see what happened. Now, with that year under their belts, the friends and family who started the Farm for a Year concept in Maple Ridge are looking to change the project’s name.

With a background in sustainable agriculture and environment, Jocelyn Durston was an aspiring farmer without much practical knowledge or experience.

“I was dreaming about trying my hand at it, rather than just reading about it,” she recalls.

After recgonizing her nine to five life wasn’t all she’d hoped for, Durston recalled an idea shared with a childhood friend to one day start a sustainable farm together.

Meanwhile, that friend – Julie – had married Chris Moerman. The pair, along with Chris’ brother (Matt) and Matt’s wife (Chantalle) had purchased part of the two and a half acre former hobby farm the brothers had grown up on. The families moved into the farm house and dreamed of how they would grow food. But, busy schedules demanded their time and the farming simply wasn’t happening.

Then, two years ago, Durston approached the group with a proposal. In exchange for a rent reduction, she would lead the charge on farming ideas and activities. Now, living out of a converted mobile home, Durston works part time as a tutor and devotes the rest of her time to the farm. It has already paid off.

“We were far more successful in producing an edible harvest this year than we thought,” she says. “In August and September, I ate probably 80 percent of my food from here.”

Ducks and chickens are for egg production and rabbits are raised for meat. Vegetable gardens have been built in a number of forms, a small orchard has been planted and a spiral herb garden is in place near the house. The group also has plans for growing mushrooms and a variety of other crops.

“Chris and Matt used to be in 4-H when they lived here,” Durston notes of the ease in which the animals came about. The farm even recently had pigs in co-operation with a local 4-H group.

All of the farming is done in a permaculture fashion. Both Durston and Chris took a permaculture course in the spring as well as numerous other classes and sessions on farming and gardening.

“We’re certainly not experts, but we love it and are learning.” Durston explains. “We’re trying to incorporate permaculture practices into everything. It is earth care, people care and fair share – those are the three ethics with it and anything you do, you do it in this way.”

At the farm, a number of traditional techniques are used, like a “chicken tractor” – a portable chicken cage to go over deep vegetable garden beds. The chickens spend time in the cage and scratch the earth, eat and fertilize. It benefits the soil in the garden and it benefits the chickens. Durston hopes to incorporate a rabbit tractor at some point. Giving the animals free range and options like the chicken tractor adds fertilizer to the grounds and helps to stir up the soil which, in the Farm for a Year location, is important.

“The soil here is very clay heavy, so we started off with deep beds and tried different methods in each bed,” Durston notes of the vegetable gardens.

In one bed, the farmers did companion planting of the three sisters – corn, green beans and squash.

“Unfortunately, the beans took off way faster than the corn so we will plant the corn earlier next year,” she says.

In a second bed, they used traditional row planting. In a third, they used the square foot method which a computerized plan Chris created.

Other techniques used help deal with the invasive buttercups found everywhere. Durston doesn’t want to use pesticides so she is creating a “lasagna garden,” so named because it makes use of cardboard, leaves and the chicken coop muck applied in layers. By continuing to build up the layers, it composts, builds eath and becomes a growing medium on top of the now dead buttercups.

Another tool being employed is Hugelkulture – an ancient European method of mimicking what happens in a forest. Durston has layered sticks, leaves and other organic material to replicate the forest floor.

The relatively new, small orchard includes apple, pear, plum, nectarine and cherry trees as well as raspberries and blueberries. Durston has been building “guilds” around the fruit trees – a concept of having multiple edible plants around an edible tree to work together creating a greater source of nitrogen and nutrients.

Although most of the five farmers are teachers and their day jobs are far from agriculture-related, they have a collective goal to use the space to educate and inspire others. They have already hosted field trips from a local high school and other organizations. Durston also hopes t
o get to the point of producing enough vegetables to sell at the Haney Farmers’ Market.

“I love the idea of using this space as something we’re not keeping to ourselves,” Durston says. “Anyone can do this. We learn as we go and ask a lot of questions.”

When asked how she feels about the concept of farming, Durston replies, “My quality of life has skyrocketed, I feel more connected to the earth and the community and this is absolutely something I want to incorporate into the rest of my life. We’ll continue as long as it makes sense.”