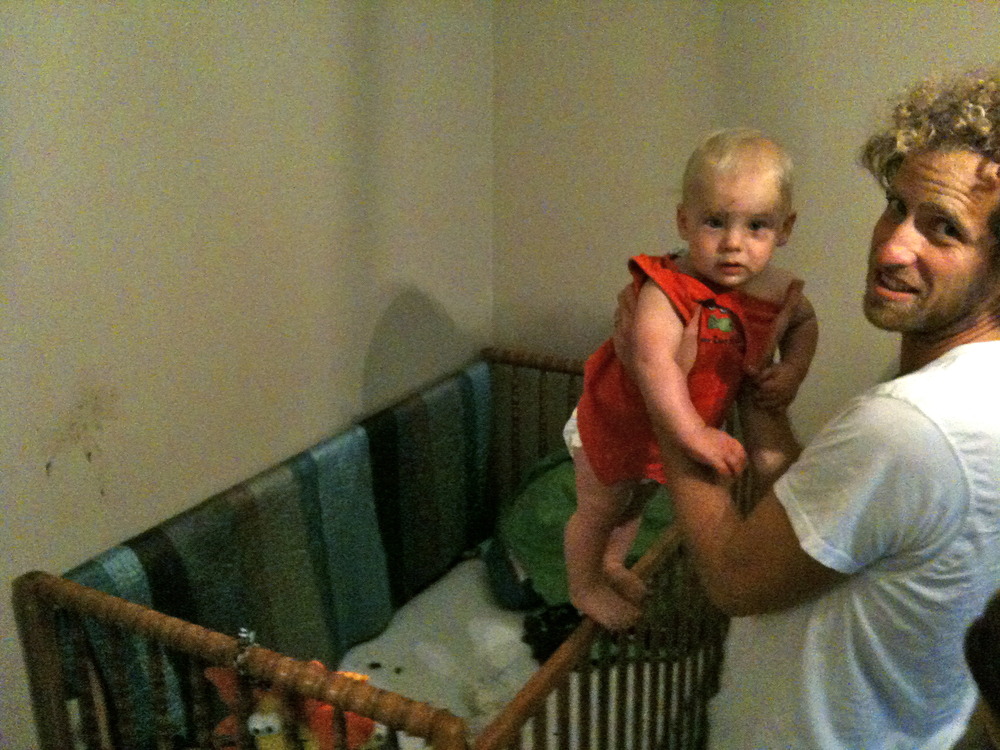 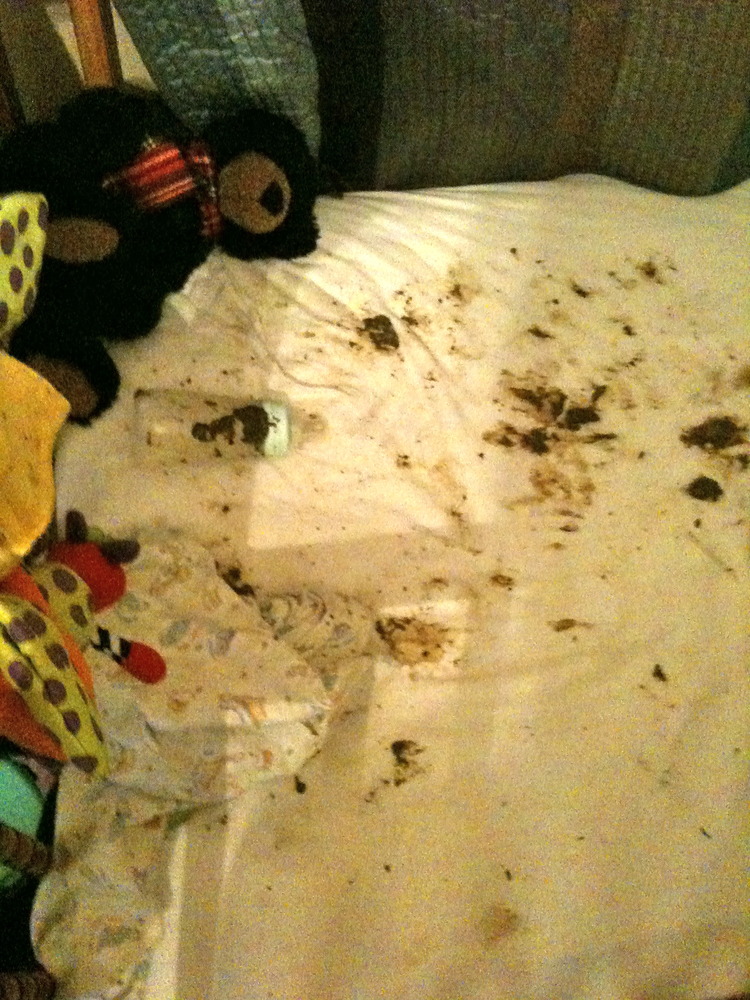 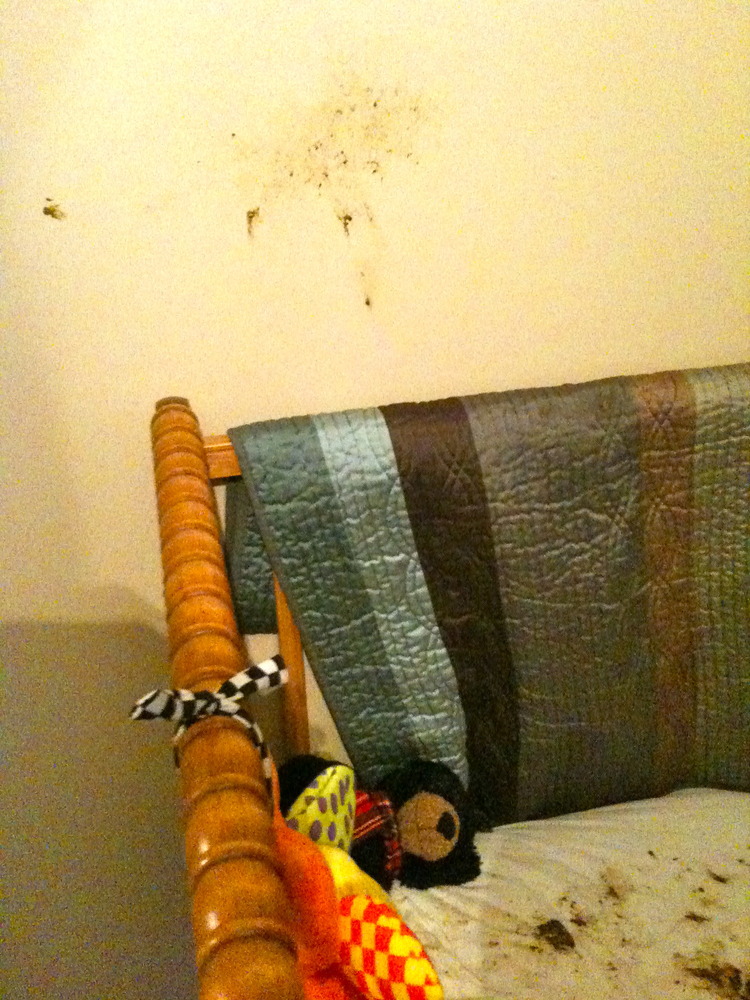 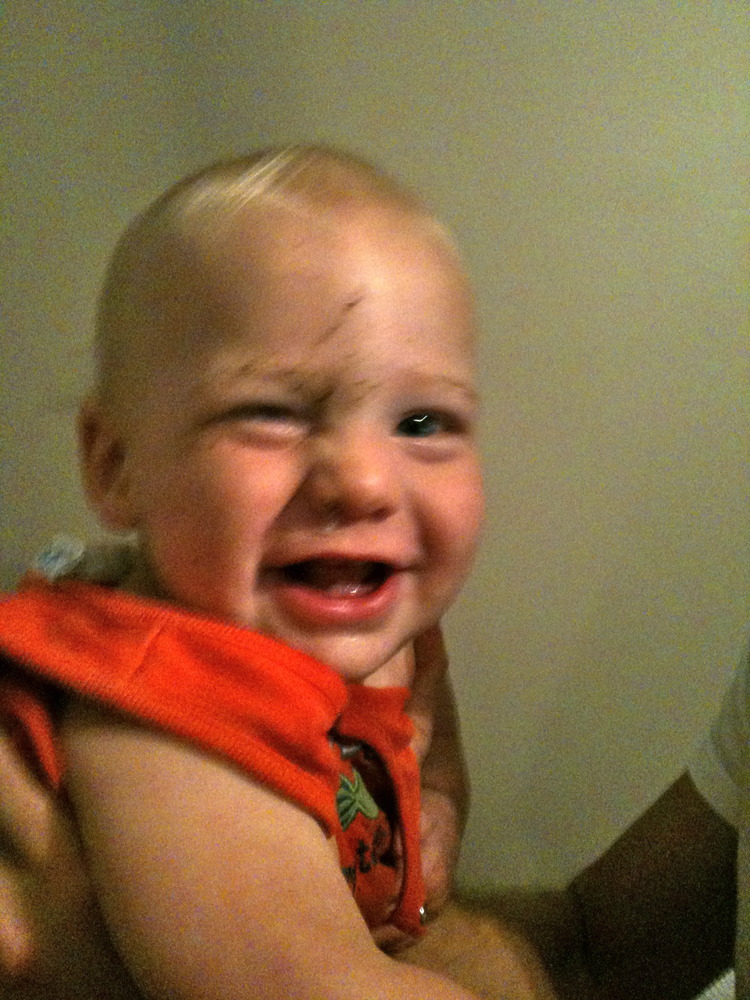 This isn’t going to be about animal poop or even composting toilet poop.  It’s all about baby poop.  Because when you live on a farm with multiple families, including babies, baby poop becomes part of your life.  And given how extreme this was, we thought this poop story was blog-worthy.  Forgive us.

A couple weeks ago, Chris, Julie, Matt C and I were hanging out in their living room.  Baby Kai had recently been put down for his nap and we were enjoying some baby-free hang-out time.  Shortly after going down for his nap, Kai started crying.  We left him presuming it was his usual ‘I don’t want to nap, but I’m going to fall asleep in 5 minutes’ cry.  However, when the crying lasted longer than normal, Julie decided to go and see what was going on.  Within seconds of opening his nursery door, we heard her shout, ‘HELP!  I NEED HELP PEOPLE!’.  We rushed over and were met with a WALL OF STINK – the kind that makes you reel backwards when it hits you.  Poor Kai was standing up in his crib, screaming his eyes out, absolutely COVERED in his own poo.  Somehow, despite his diaper still being on, his poo was EVERYWHERE – the crib, the floor, the wall and all over him.  It was kind of insane.  And so was the clean up.

Apparently, there’s an infamous poo story attached to every kid and we think this may be Kai’s.  Crappy (pun intended) photos attached :)

1 thought on “a real poopy situation”