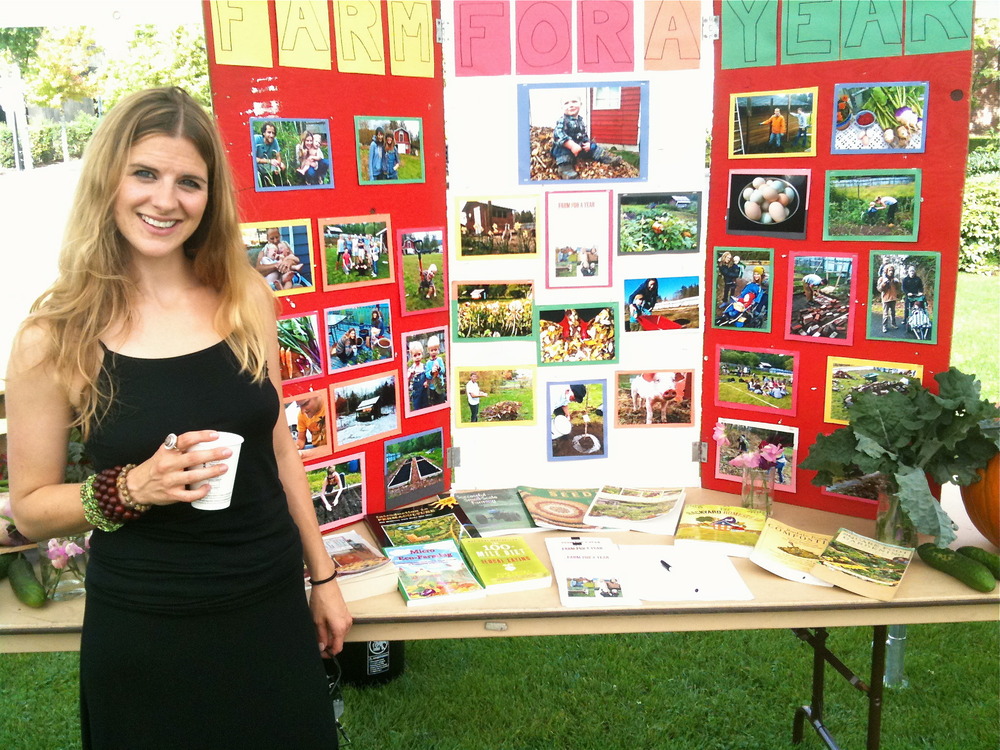 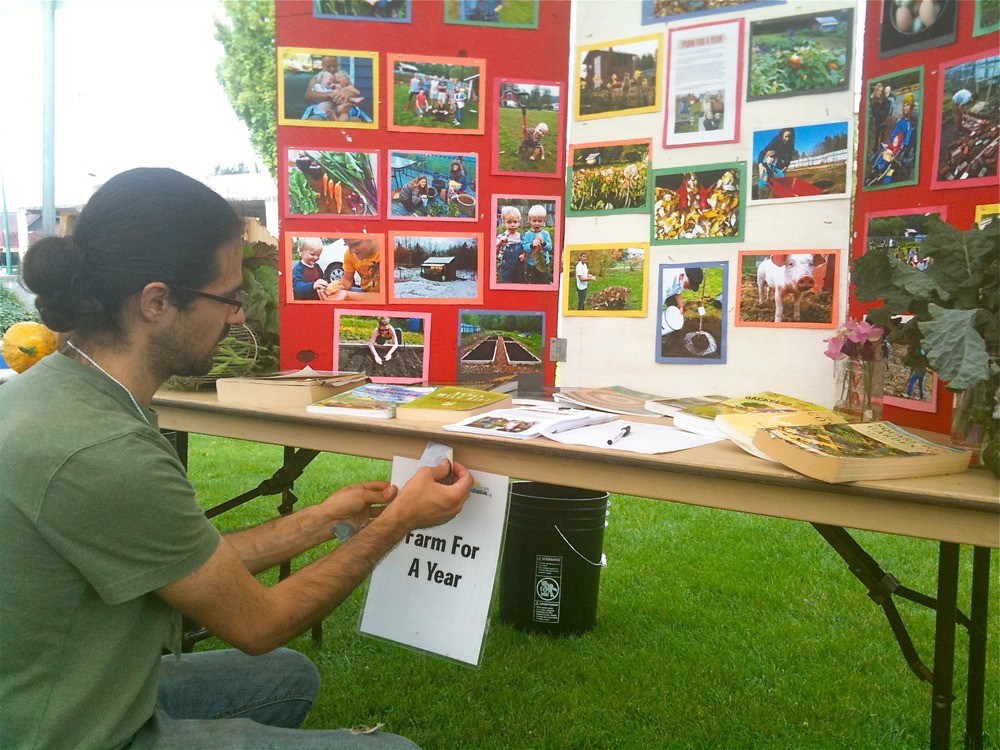 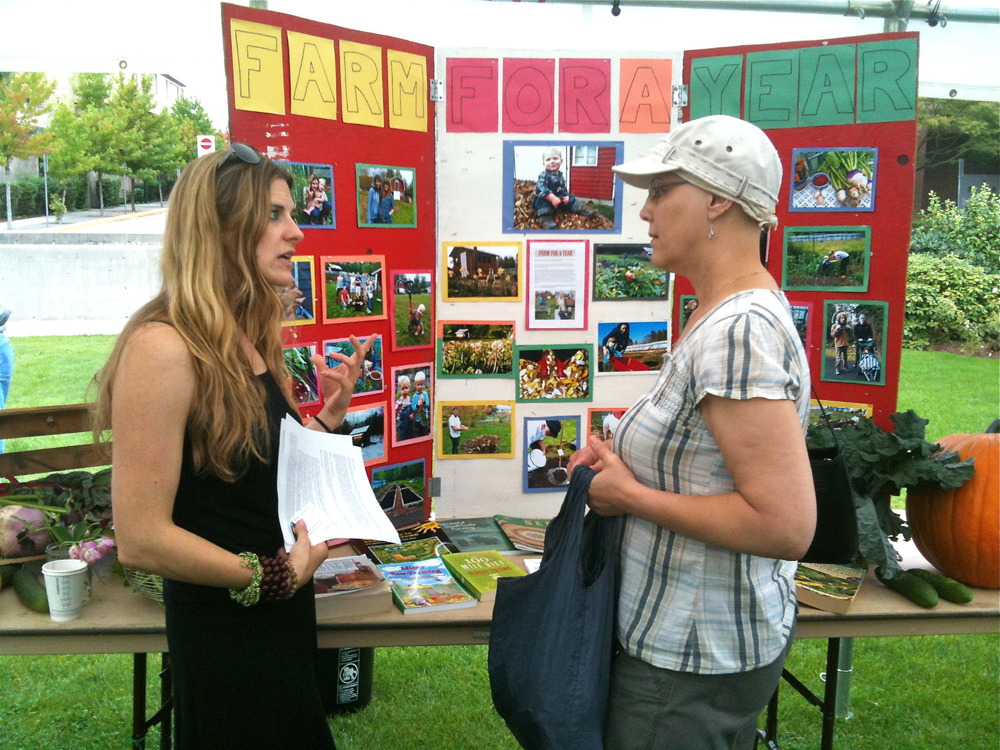 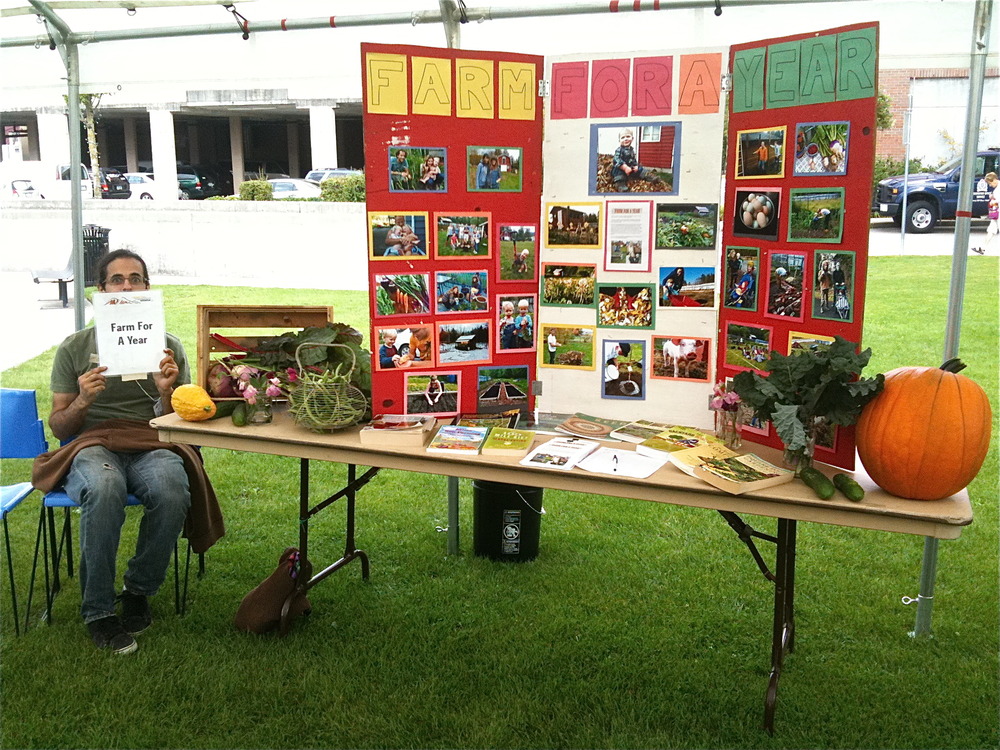 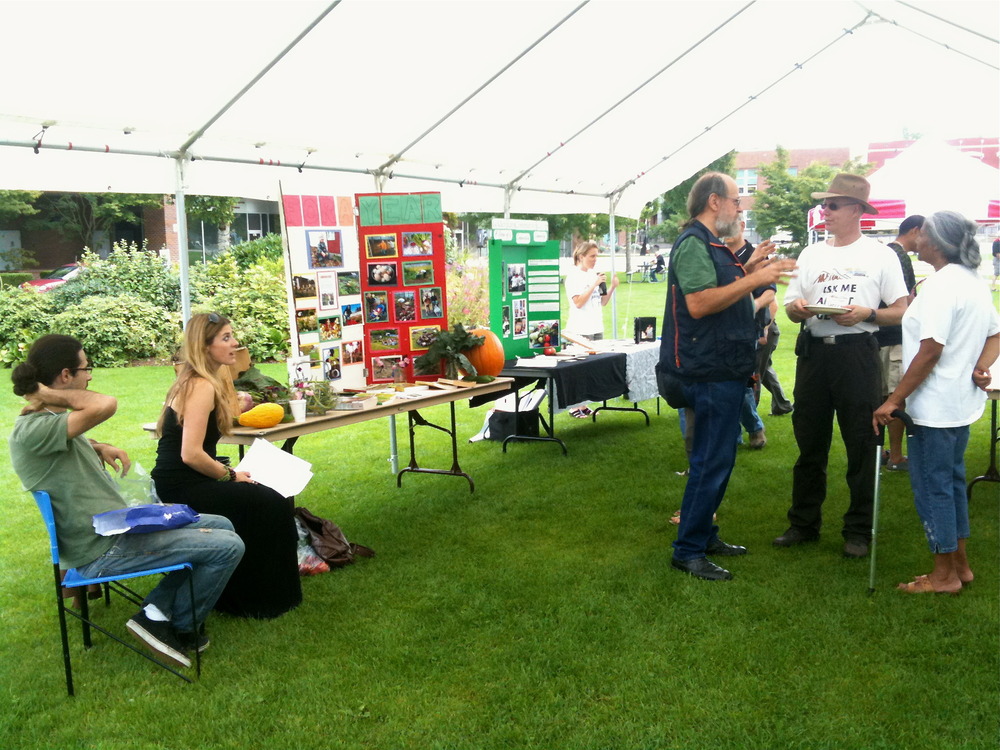 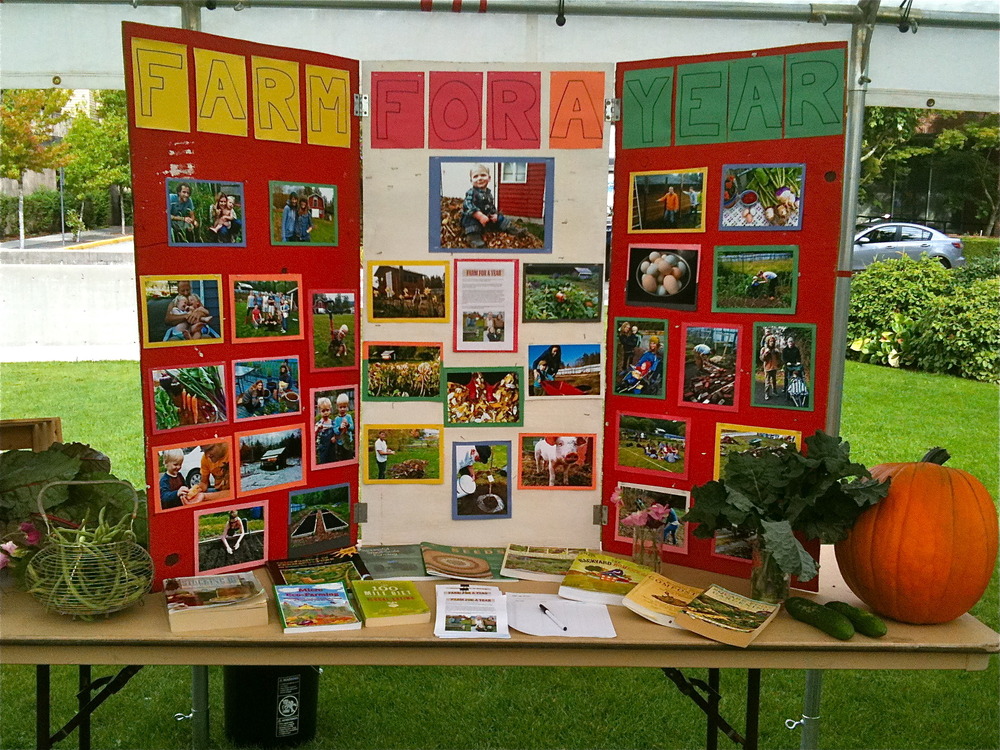 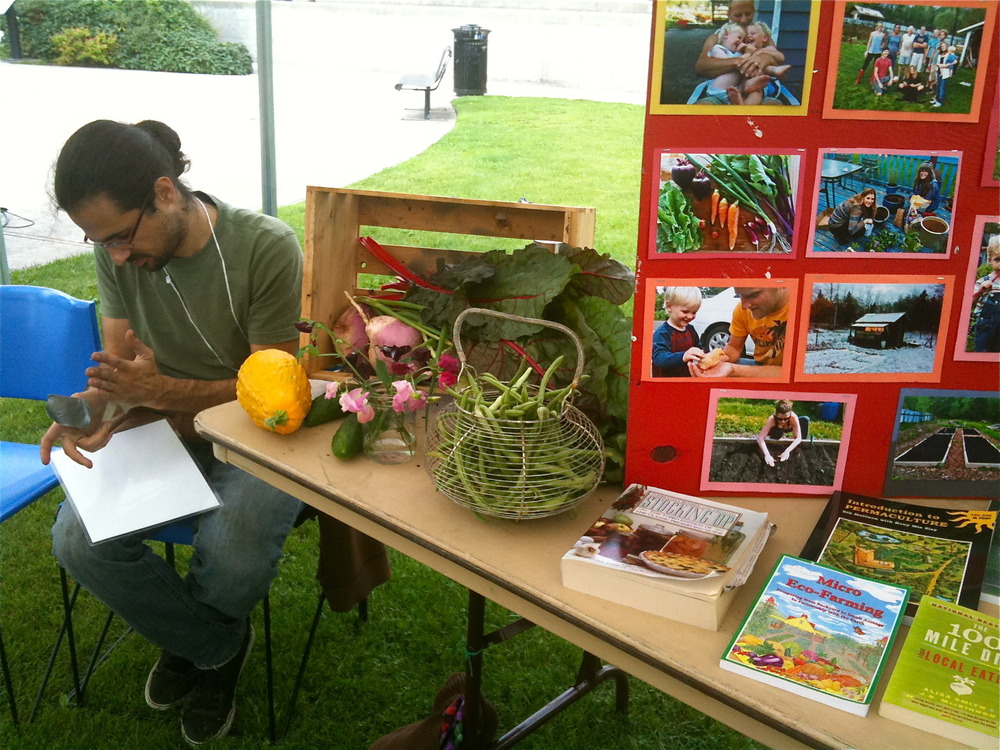 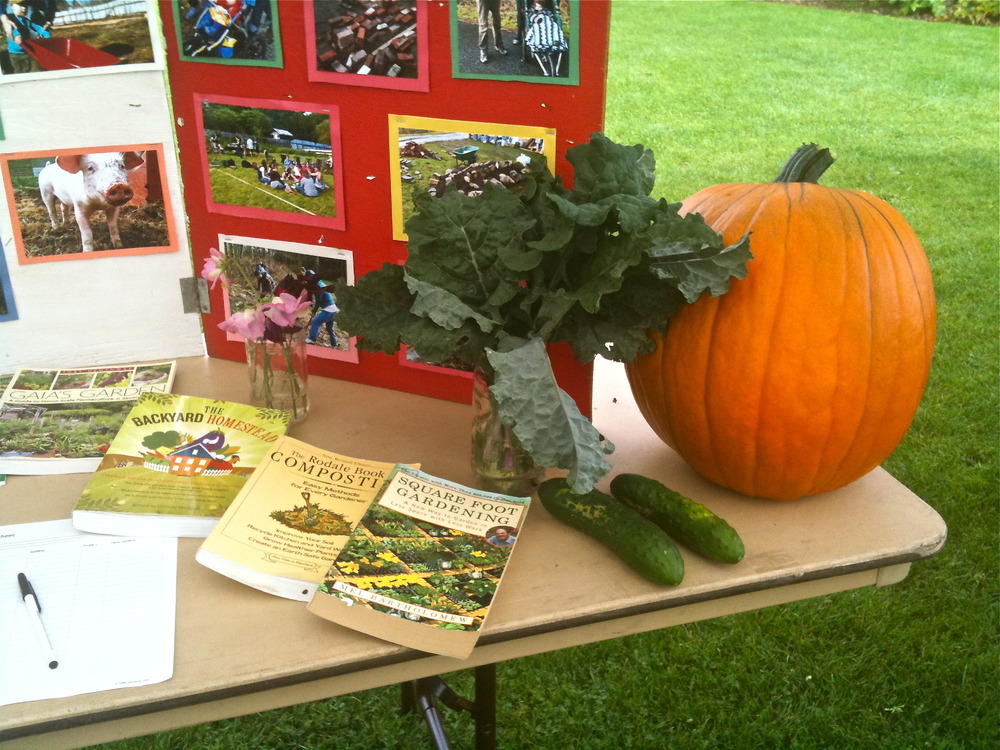 Last weekend, we attended the first annual GETI FEST and participated by having an info booth set up about our Farm for a Year project. Sort of our first, official, face-to-face, public promotion of ourselves. It was a lot of fun!

GETI FEST was set up to promote the Golden Ears Transition Initiative, and I’d say the first-time event was a pretty great success. We were one of a handful of local ‘action groups’ who had info booths set up at the event, but in addition, there was an artisan craft fair (where I bought myself a sweet tie-dyed tank top benefiting orphans in Uganda), an organic food bbq, live music and a parade.

As is our style, we threw together a very last minute display board that ended up looking pretty colourful and fun. Our friend Chris K., who’s involved in another cool permaculture experiment in Maple Ridge, helped us set it up and kept Julie and I company manning it for the day – thanks Chris!

Our dear friend Kailey came by to show her support and Chantalle, Canaan, Chris and Kai came by to check things out after the boys had had their afternoon naps. Chris and Kai made their entrance by participating in the parade (which I forgot to photograph!) and later in the evening, Chris sat down at the live music stage’s piano to play some of his music.

All in all, a fun day with an encouraging number of local residents attending to learn more about GETI. Hopefully, more opportunities to education people about transition towns will continue to spread through Maple Ridge this year. Looking forward to seeing how the second annual event unfolds!

To see a lot more photos of the event, visit GETI’s photo page.