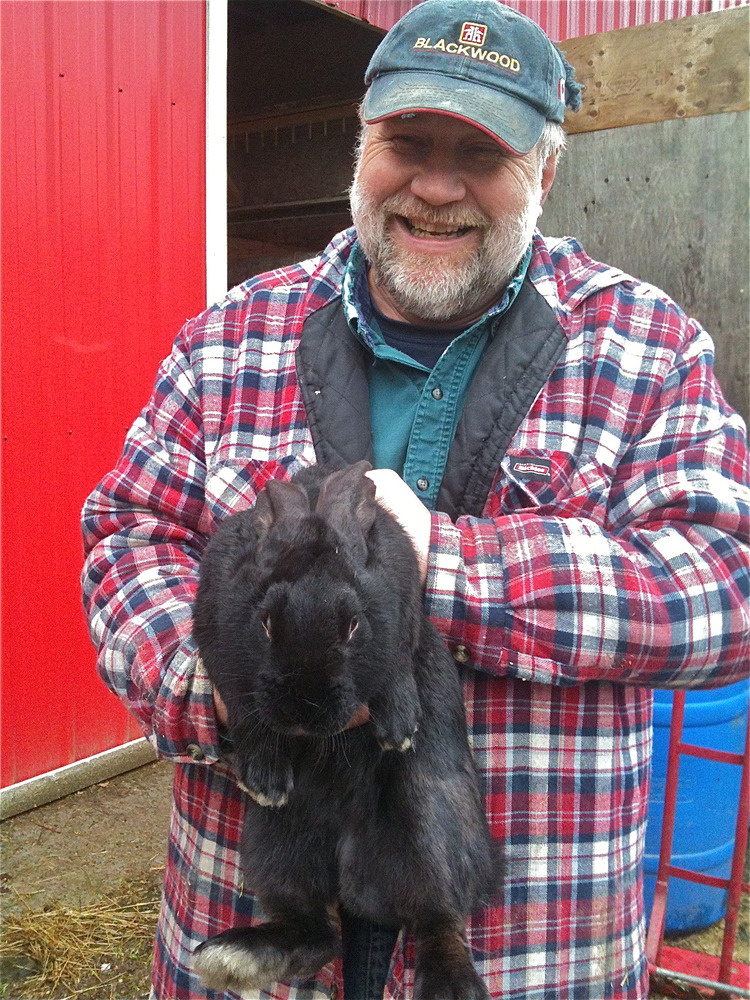 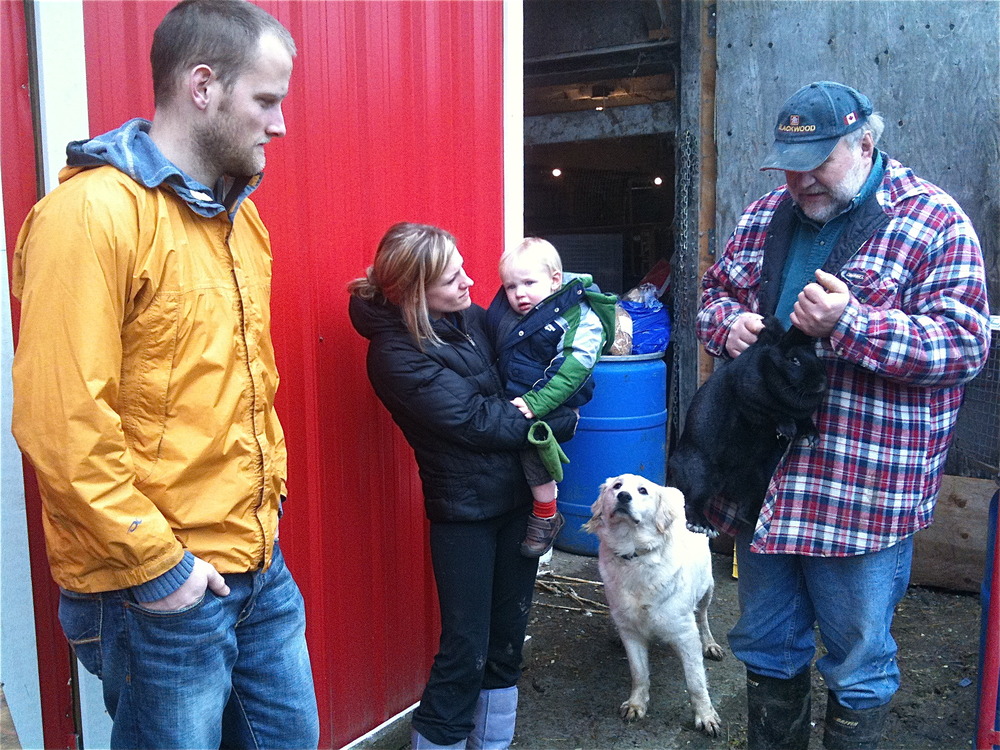 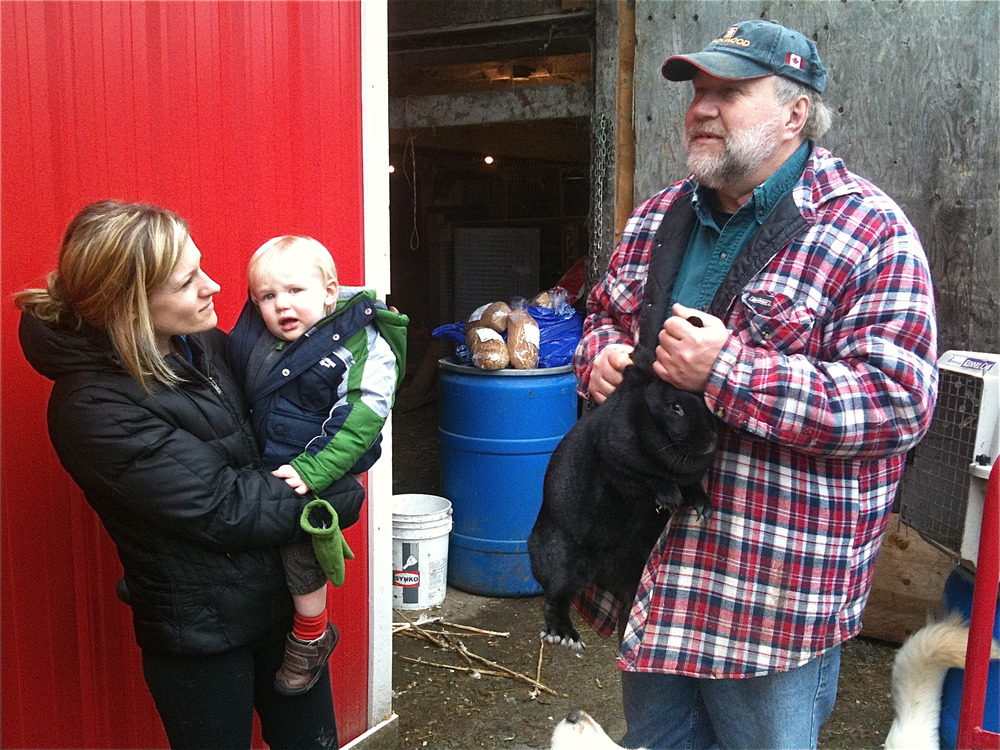 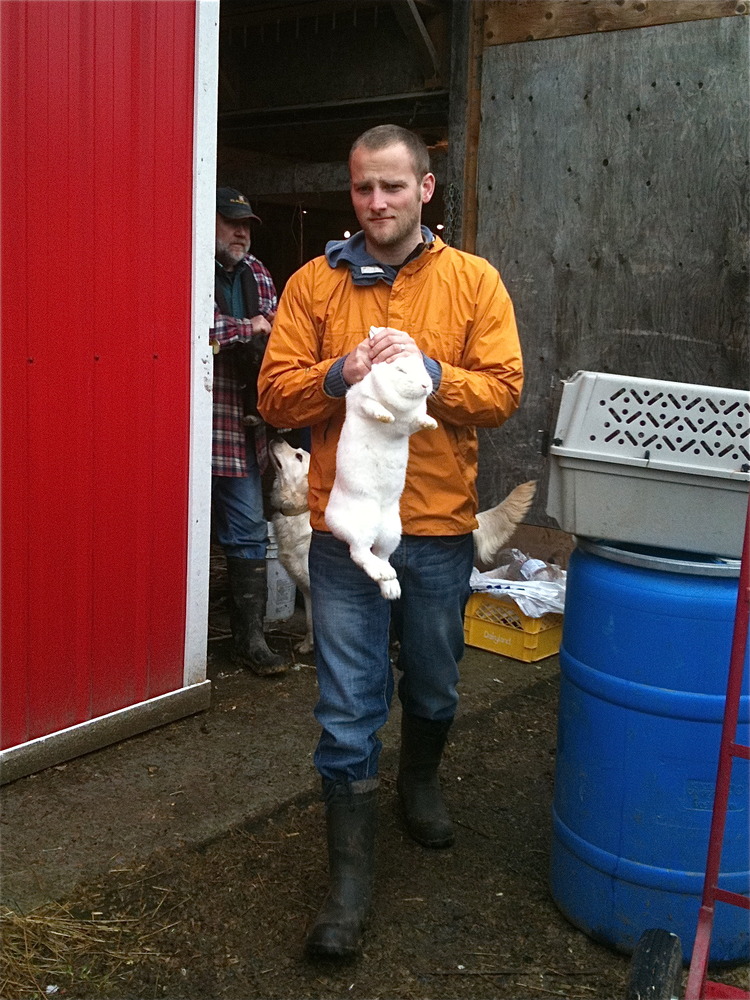 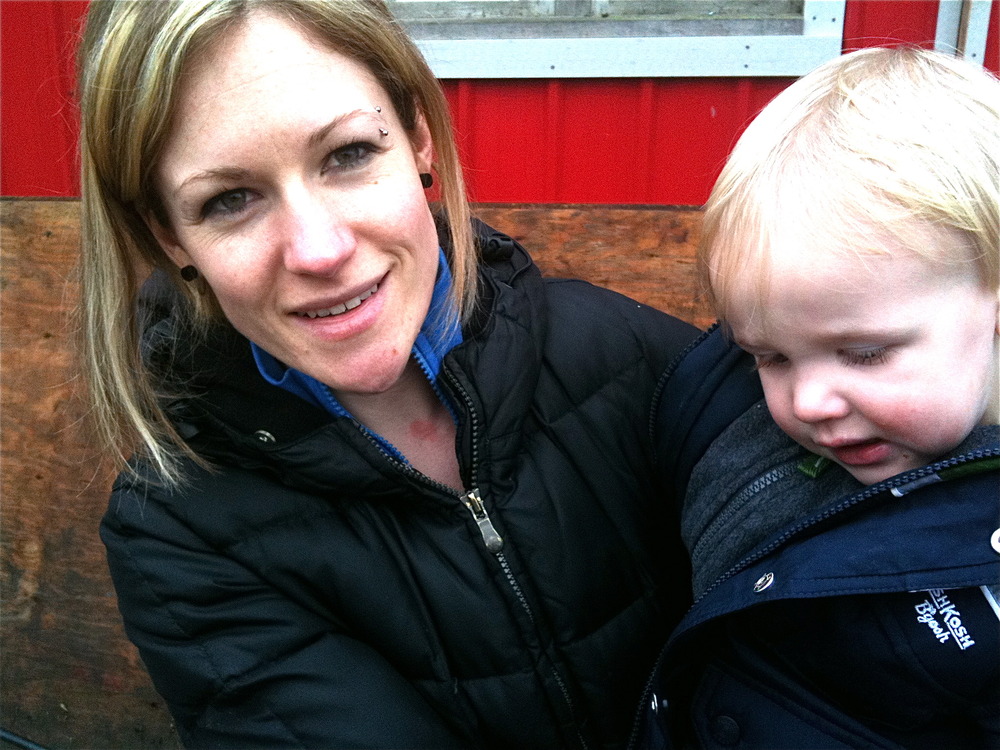 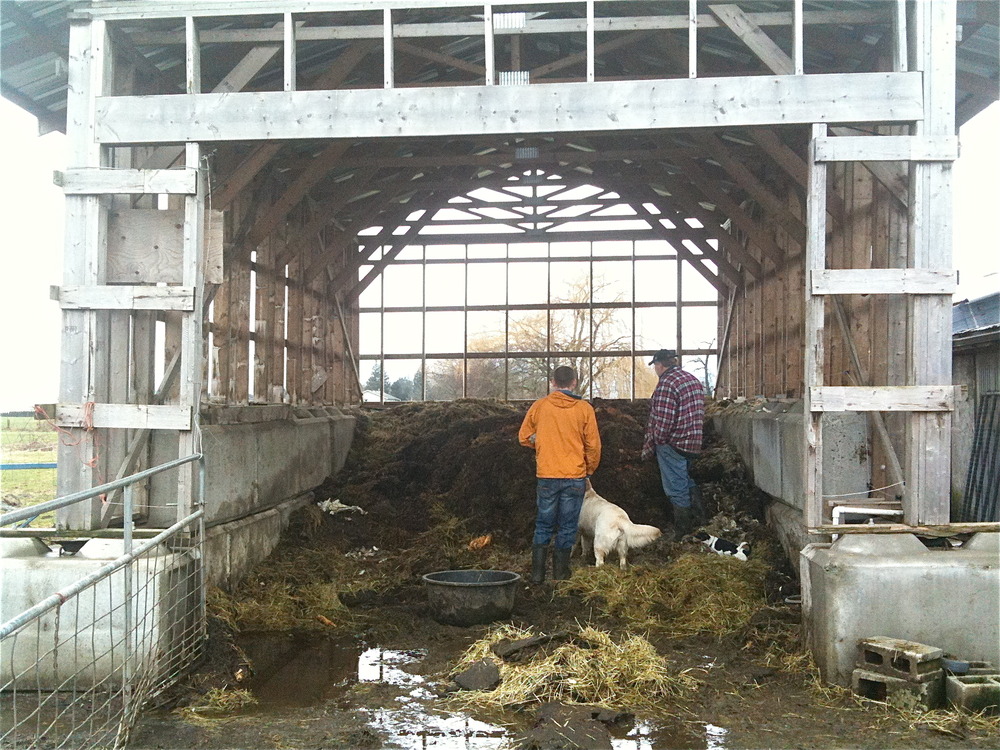 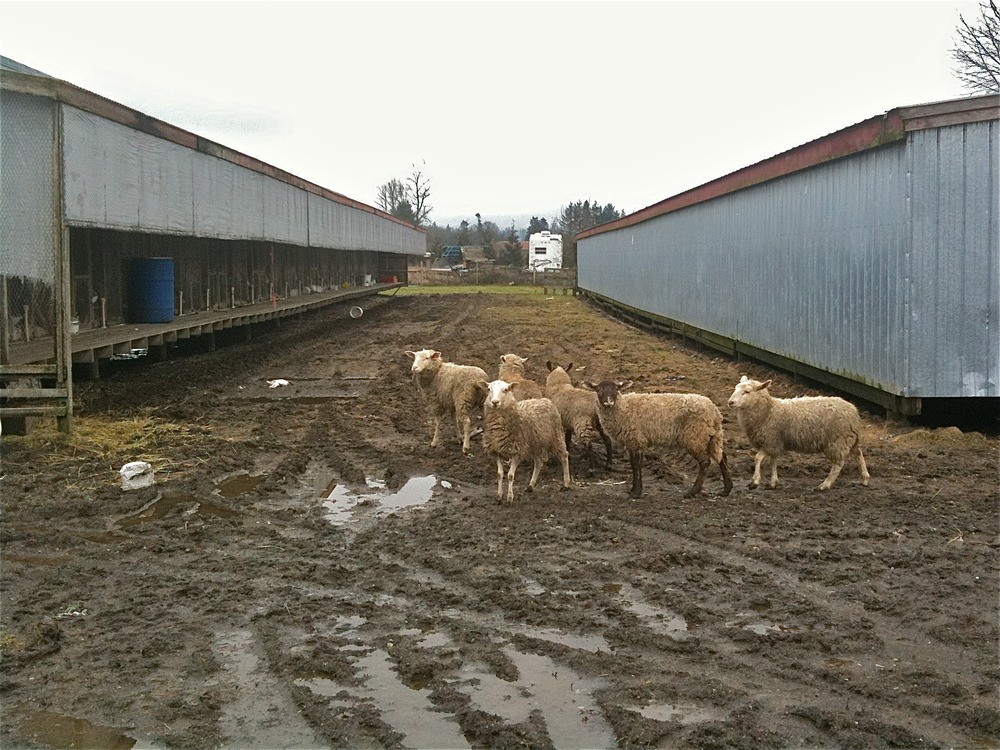 We added rabbits to the farm today!

This morning, Matt, Chantalle, Canaan and I drove out to Six Masters Farm in Chilliwack to pick up three rabbits – a buck and two does. Farmer Walter met us when we arrived and gave us a tour. From Peanut (the dog) peacefully sharing a bagel with some chickens, to sheep scampering around the property, to mystery apple trees – we saw a lot in our two hour visit. We also heard about Walter’s (and his farming partner Tony’s) efforts to raise livestock and fruit and vegetables in a healthy, pesticide/ herbicide/ chemical-free manner that reflects a sense of respect and gratitude for all living things. The affectionate way in which Walter treats his animals is pretty evident in how comfortable they are around him and each other.

Walter introduced us to his rabbits (New Zealand/ Flemish Giant mixes) and gave us some raising and breeding tips before passing three over to us to take home. Thanks to a hutch that our friends, the DeGroot’s, gave us earlier this week, we were able to get them settled as soon as we got home. Matt spent the afternoon building them each a nesting box and everyone (including the neighbours :) came by to say hello. They’re pretty darn cute – I’ll take some photos of them soon.

For now the hutch is temporarily set up in our barn, but the plan is to have it sit above our composting system so that the rabbit poo fertilizes the compost as it arrives. And when the rabbits aren’t in their hutch, they’ll be hanging out in the grass, eating lots of healthy greens and getting in some exercise.

PS – although it looks that way in some of the photos, Walter isn’t holding the rabbit by the ears.  He’s got her by the scruff at the back of the neck and was petting her head and running his hands up her ears while we were chatting. You definitely don’t want to hold rabbits by their ears <3