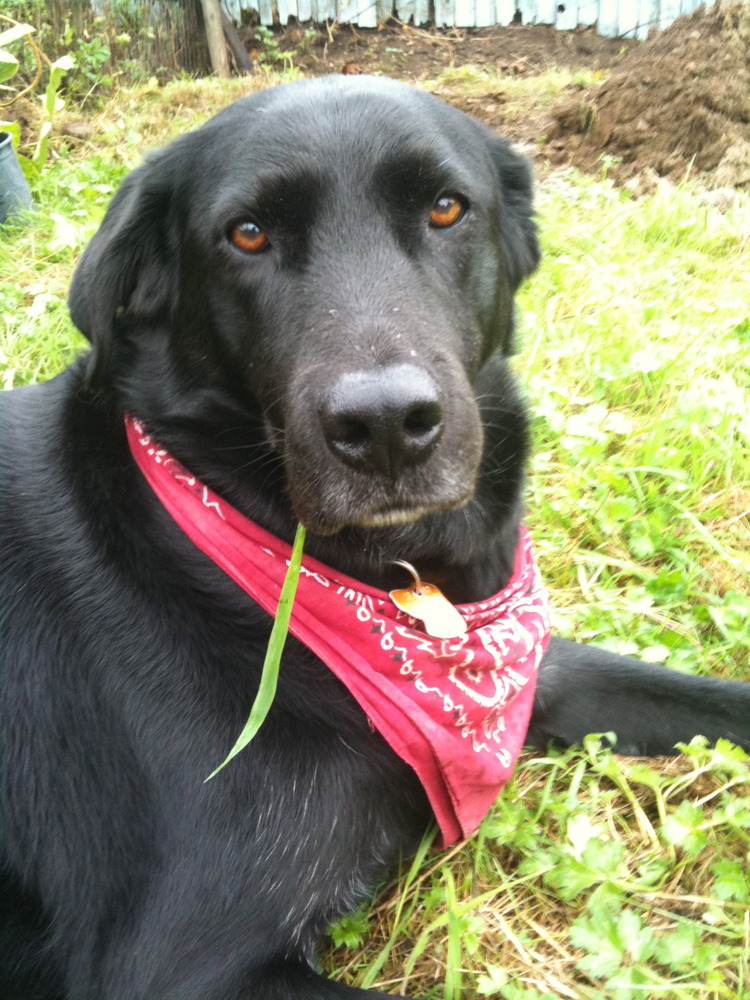 I’m writing this post in loving memory of Jackson, our beloved farm dog.  I’ve been in Ontario for the past week and got an email from the farm yesterday letting me know that they had to put him down on tuesday.  Out of the blue, he began exhibiting physical distress that had a rapid, deteriorating effect on his health.  They rushed him to the vet and after difficult deliberation, it was determined that whatever was affecting him was going to make survival highly unlikely, and they made the emotional decision of having to put him down.

My intention for awhile has been to feature each of our farm pets and animals on this blog.  I was putting it off until I got a decent camera so that I could take really lovely photographs of all of them, and it is with great emotion that my feature on Jackson is in memoriam.

Although I’ve only been living on the farm for three months, I developed a fast attachment to Jackson.  He is without a doubt one of the sweetest, most lovely dogs I’ve ever known.  He was gentle, obedient and sensitive.  He was the most generous dog I know when it came to letting the babies sit on him, pull his ears, scream within close vicinity of him.  There was never one second of concern that he might harm them.  He was my reassurance when it came to letting the cats run about on the farm.  Whenever I couldn’t find them, I’d call him over and say, ‘Jackson, where’s Lola? where’s Fergus?’ and he’d b-line it for wherever they were hiding out, leading me straight to them.  When it came time for taking him for a walk, you didn’t need to put him on a leash because he’d always stick close by and come when called.  Walks made him SO HAPPY that even if you didn’t feel like going for a walk at the time, his smiling face and wagging tail made you glad you did.  Jackson just had a way of working his brown eyes into the hearts of people who met him and I was definitely no exception.

It’s difficult when any animal dies and dogs in particular have a way of becoming a member of the family which makes their passing incredibly heartbreaking.  I fly back to BC tomorrow and it will be strange being back at the farm and not seeing him there.  But I’m so glad that I got to have three months of Jackson time and I know that he’ll live on in the memory of his farm family, in particular Chris, Julie and little Kai who loved him so much.

We’ll miss you Jackson.  You were loved.  xo